Dr. Andrew Butzke moved back to his hometown of Lincoln, Nebraska, after graduating from Logan College of Chiropractic in 2011, to pursue his love of helping people achieve functional health and achieve their health goals through Chiropractic and Active Release Technique (ART). While at Logan College of Chiropractic, Dr. Butzke participated in club sports and was a member of the professional health fraternity Pi Kappa Ki. Dr. Butzke was a Health Facility Coordinator at St. Patrick’s which operates as Logan’s downtown St. Louis community service center. While at St. Patrick’s, Dr. Butzke treated patients with both chiropractic and non-chiropractic issues and was selected by Logan to be in charge of teaching and assisting beginning interns as they treated patients.

Not wanting to limit the scope of treatment he could offer his patients while at Logan and beyond, Dr. Butzke participated in technique clubs and seminars both at Logan and other venues. Dr. Butzke’s passion for sports and physical activity led him to focus on techniques specific to athletes and physical health, such as Logan Diversified. The Logan Diversified technique was developed to address biomechanical failure in each section of the spine and restore the patient to normal biomechanical function. Diversified methods have been developed to adjust extremity joints, allowing for beneficial applications in treating sports and similar injuries. Dr. Butzke is full body certified in ART, which compliments his diversified work by allowing him to balance muscles throughout the body that could also be causing functional deficits. The health benefits of Tai Chi, Acupressure, Yoga and herbal medicine are also interests of Dr. Butzke’s and he continues to study in these fields.

Prior to his time at Logan College, Dr. Butzke graduated from Lincoln East High School in 2003 where he participated in vocal music, football and was a member of the two-time State Champion Wrestling Team. After high school graduation, Dr. Butzke attended Nebraska Wesleyan University, Lincoln, Nebraska, where he was a member of the Prairie Wolf football team and Men’s Glee Club. He graduated with a Bachelor of Arts degree, majoring in Exercise Science and minoring in Japanese. As part of his Exercise Science degree, Dr. Butzke studied sport’s nutrition and sport’s psychology, which supplement his functional health chiropractic techniques. 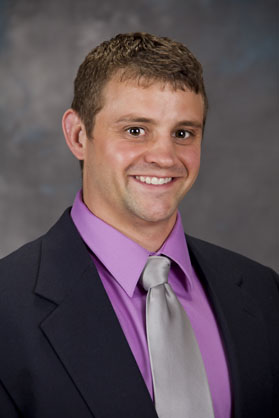